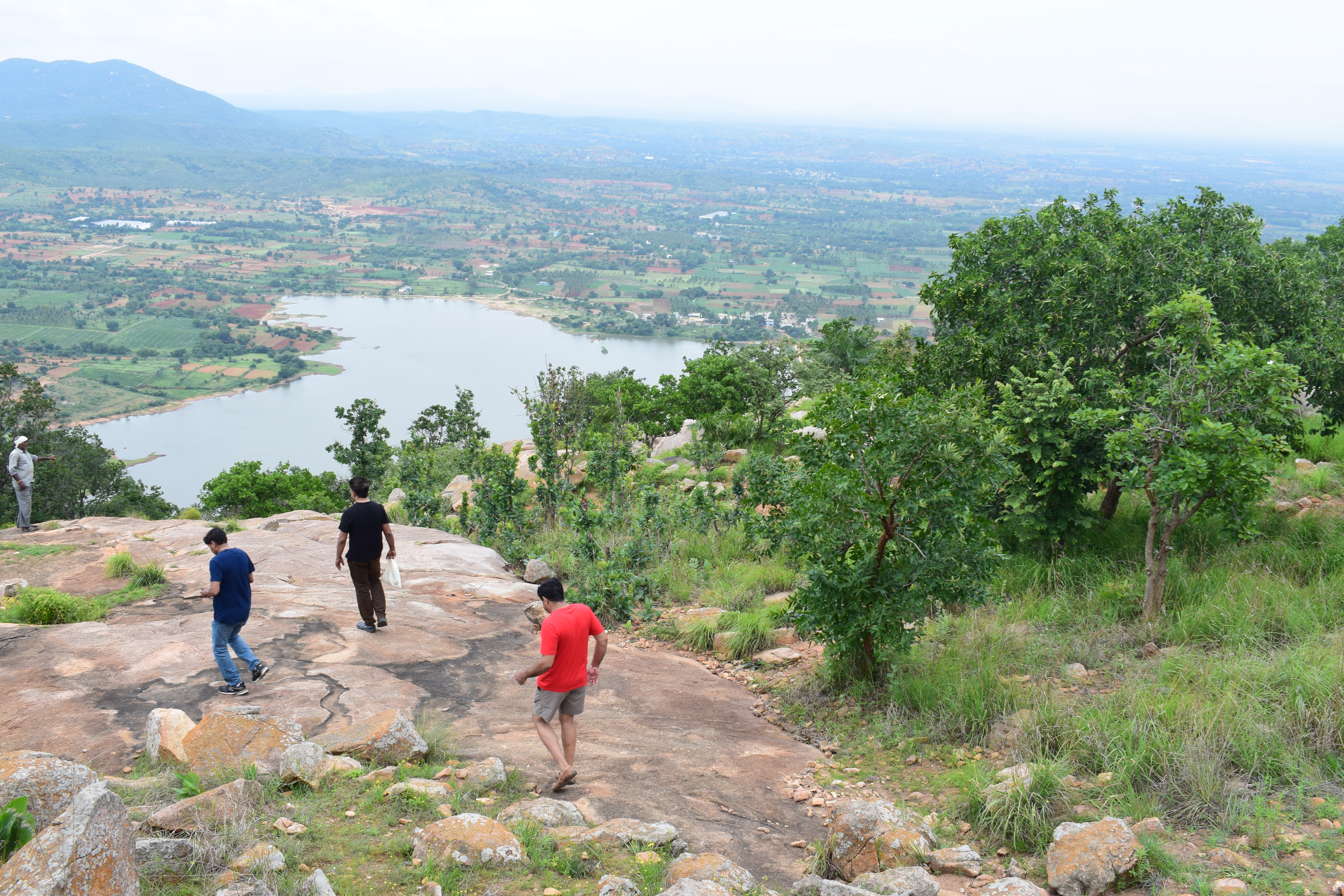 Looking for a one-day trek for the weekend near Bangalore? Makalidurga trek is one of the best options for trekking you’ll find close to Bangalore & is a perfect place for both novices & experienced hikers.

Complete with a railway track running along the base, ruins of a centuries-old fort, captivating views of lakes, a temple perched on the top & a stunning panorama of the rugged landscape surrounding the hill, Makalidurga offers visitors an experience that’s both soothing & high on adrenaline at the same time.

Just around 60 km away from Bangalore & 18 km away from Doddaballapur, Makalidurga trek is simply one not to miss if you love trekking & are living in or around Bangalore.

From what to bring to when to go, here’s everything you need to know about hiking Makalidurga:

Makalidurga which is just 60 KM away from Bengaluru is easily accessible by both road & rail.

Take a KSRTC/BMTC/private bus to Doddaballapura. From there take a bus which goes towards Gauribidanur & get down at Makalidurga. The distance from Doddaballapura to Makalidurga is around 18 KM.

Getting to Makalidurga in own vehicle-

From Bangalore, it takes just over an hour & half to reach Makalidurga via the following route: Bangalore>> Yelahanka New Town >> Rajanukunte >> Doddaballapur >> Makalidurga

In the 16th century, the fort was controlled by the Vijayanagara kings who used it to train their army. In later years after the decline of the Vijayanagara empire, the Nayakas ruled over the fort before it went under the control of Shahaji Bhonsle, father of Chatrapathi Shivaji during the 1600s.

It is said that, in the 1800s, a feudal lord Makali Raya used this fort as a granary & hence the name Makalidurga.

Another folklore tells us that the hill got its name from a herbal root found in the hill known as ‘Makali Beru’ in Kannada, the local language.

It is also believed that Rishi Markandeya, an ancient sage performed penance at Makalidurga.

The temple of Muthurayaswamy is the starting point of the hike. If one wishes, they can also start the trek at Makalidurga railway station & walk for 2 km till the base point of the trek which is the temple.

The first section of the hike is fairly easy & is a gradual ascent till the very end of the section where it gets very steep. The second section is a reasonably steep ascent on a rocky surface till the peak.

It’ll take you around an hour to reach the summit if you start from the temple and 30 minutes more if you are starting from the railway station.

The railway line at the base

Ruins of the fort:

Temple at the summit

Fitness– While you don’t need to be super fit to do this trek, putting in a little effort to train your body will only make the experience of the trek better for you. If you are comfortable jogging 5 km in under 45 minutes, you’re good to go.

The hike can be done throughout the year as it is an easy hike, but starting early is suggested during summers as the sun might get quite harsh in this region. Also, don’t forget to bring your cap/hat in summer & poncho in monsoons.

Permission to be taken from the Department of Forest, Karnataka.

There are no washrooms or public toilets nearby.

Nearby places to visit